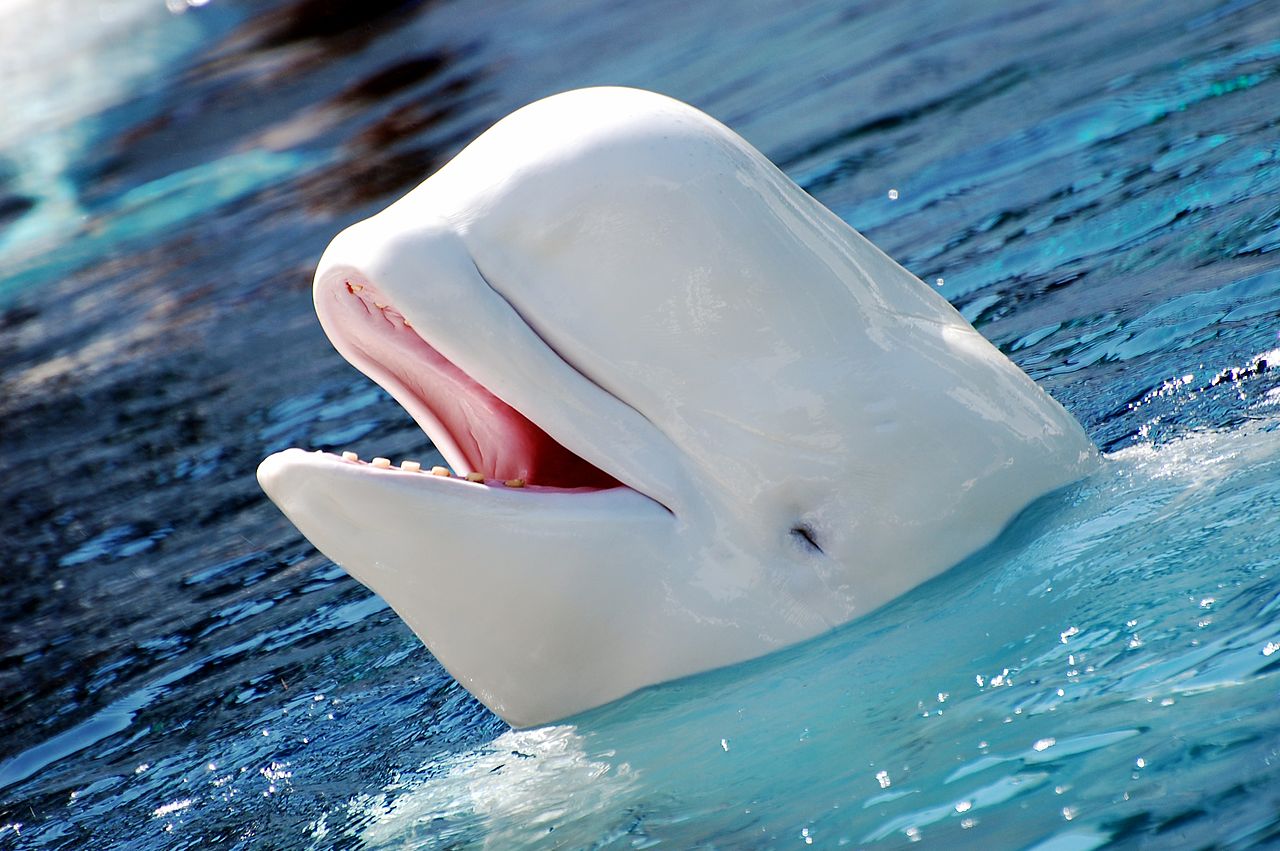 Adult males are 4,2 – 5,5 m long and weigh 1-1,6 tons. Females are 3-4,1 m long and weigh 400-600 kg. The life expectancy is 30-40 years. Adult animals are light yellowish or white, but the calves are grey or brown and grow lighter with age. The head is small, convex, and very flexible. The flippers are rather short, paddle like, slightly upturned and flexible. The fluke often has dark coloured edges and the dorsal fin is non-existent. The average diving time is 1-2 minutes.

The beluga (Lat. Delphinaptesrus leucas) is an occasional guest in Icelandic waters and is most often found in shoals of 5-20 animals, but sometimes more than one thousand are spotted together. It sometimes follows schools of salmon and freshwater fishes hundred of kilometres up the larger rivers of cold countries. Its most common habitat is coastal areas and is seldom spotted on the open seas. It is rather tame and easy to approach. It mainly consumes various fish species, squid, and krill. It most probably does not dive any deeper than 300 m.

The cows reach puberty at the age of five and the males at eight. Mating takes place when the ice melts, the gestation period is about 14 months and the calf is 1½ m long and weighs 80 kg. at birth. They start turning white 5-12 years of age. No other whale species produces such a variety of high frequency sounds and only two other species can move their heads as freely as the beluga whale.

Slow recovery of the stocks

The Inuits have hunted this species for its meat, fat and leather for ages, 400-1000 animals annually. Scottish and Norwegian whalers almost hunted the beluga stocks off Svalbard and in the polar regions of Canada to extinction late in the 19th and early in the 20th centuries. Polar bears and walruses also take their toll and the increasing pollution of the oceans is considered among the reasons for the slow recovery of the stocks. The world population is estimated 50,000 – 70,000 animals.