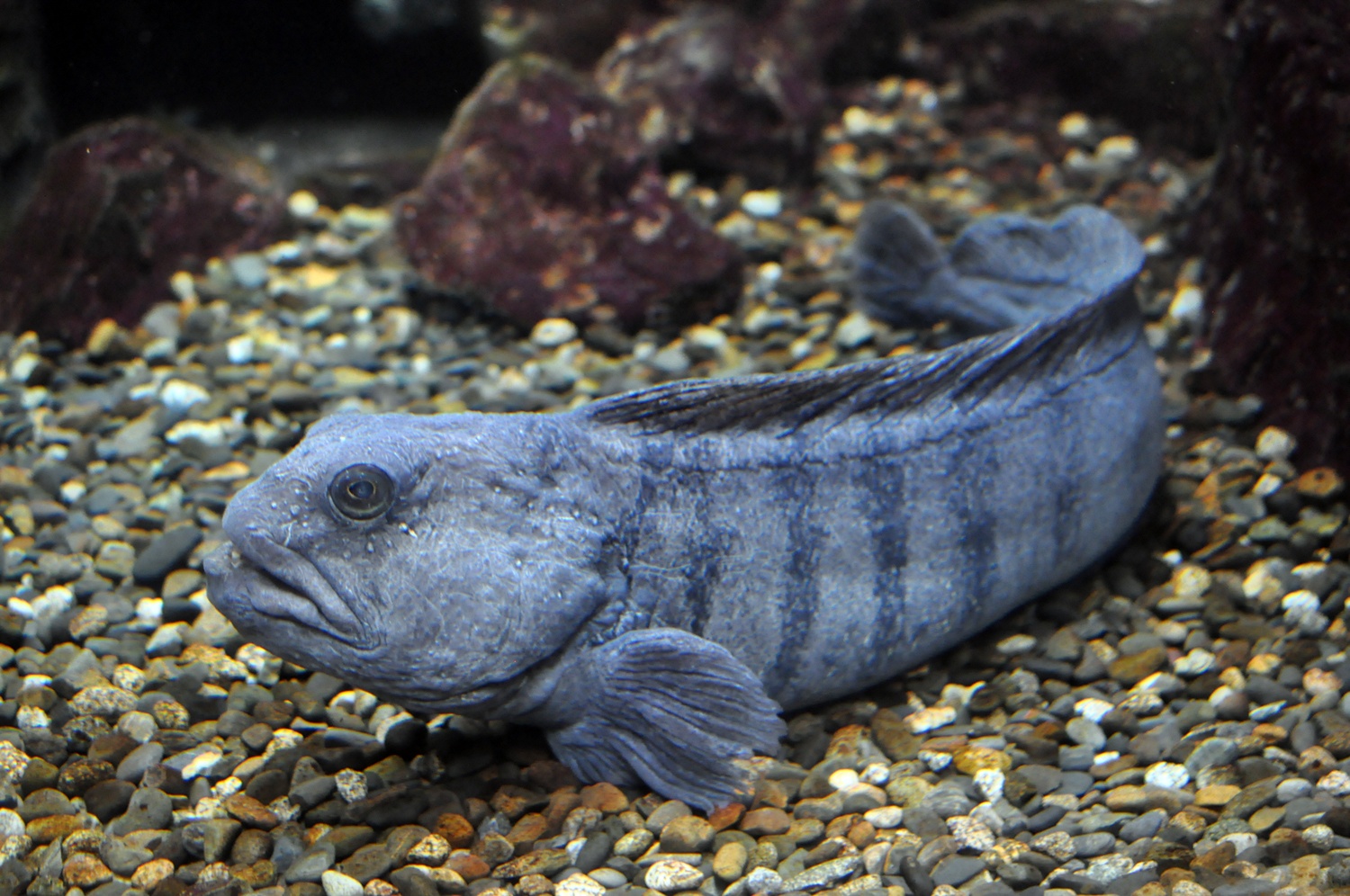 The catfish (seawolf, Atlantic catfish, Atlantic wolffish, wolf eel – Lat. Anarhichas lupus) inhabits of the colder seas of both hemispheres, common off the coasts of Scandinavia, the norhtern British Isles, and around Iceland and Greenland. Another two related species occur at the same latitudes of the North Pacific Ocean. They exceed two metres in length and are very popular food fish, both fresh and preserved. In Britain it is called “Scotch halibut”, “Scarborough woof” or “Woof”, and are a popular ingredient in fish and chips. Its liver oil is said to be equal in quality to the cod liver oil.

The seawolf’s body is long (150 cm; 24 kg). The skin is smooth and slippery with rudimentary scales embedded and almost hidden. The dorsal fin extends the whole length of the back and another from the vent to the caudal fin. The pectorals are large and rounded, and the pelvic fins are nonexistent. Its jaws have strong conical teeth in front and on the sides. These teeth enable the fish to crush hard carapaces or shells of crustaceans and molluscs on which it feeds. It hides between rocks on the sea floor. Its teeth wear down and a new set grows in annually, and during that time the fish supposedly starves.

In Iceland Seawolf is popular food, both fresh and dries (stockfish) and is a bit less expensive than cod and haddock. In the Icelandic language it is called “steinbitur” (store biter). In 1978 the total catch in the Northeast Atlantic was 32 thousand tonnes, thereof 13.000 in the Barent Sea, 11.000 around Iceland, 3.000 in Norwegian waters, and 1.300 around the British Isles.