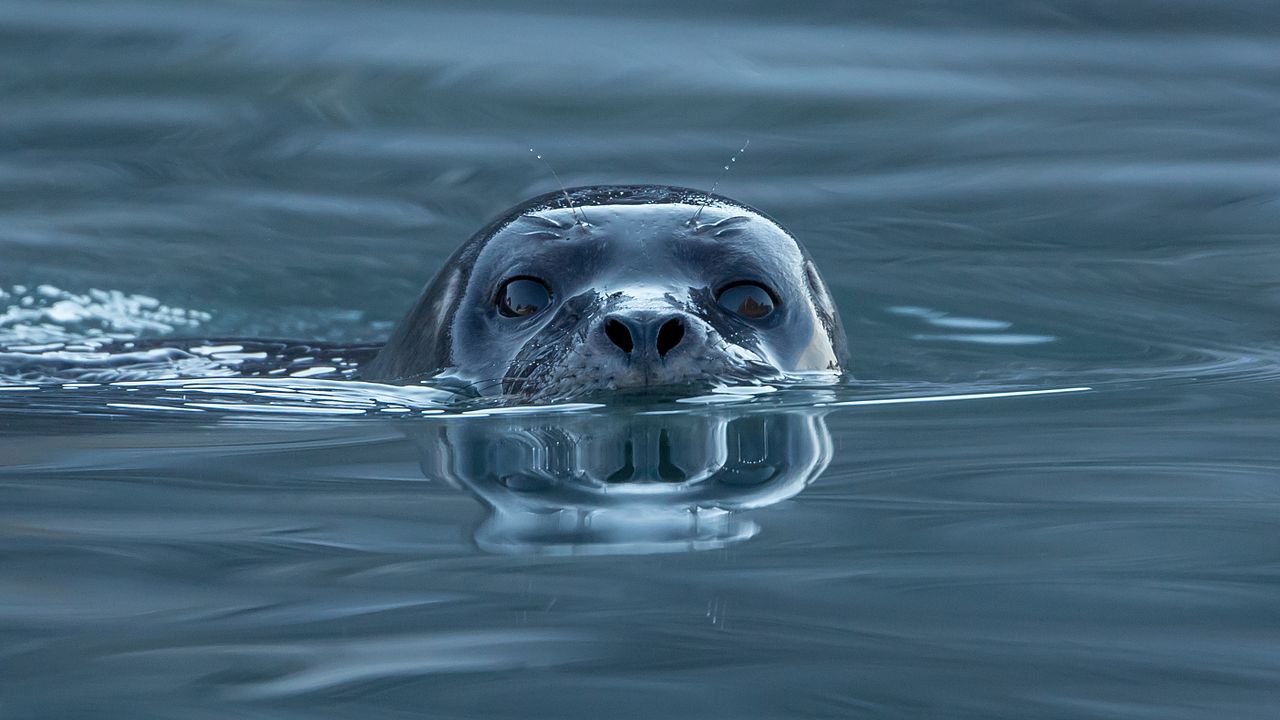 The common seal or the harbour seal gets 2 m long and weighs up to 150 kg. It looks like other seals, but rather thicker and broad-framed. Its colour is dark, stone- or yellow-grey on the back with small light or dark spots. Usually it has a light grey belly and sides. The colour varies between seasons, and its hair condition, gender and age also play a role. Its habitats are in the North Atlantic, North Pacific and the parts of the Arctic Ocean influenced by the Golf Stream. It is common all around Iceland, mostly in the bays on islets and skerries, and the sands of the south coast.

The common seal keeps close to the coast, and during summer it frequents terra firma when the tide comes in. It is extremely vary and follows the outgoing tide to be able to get into the water immediately if it is disturbed. In spring (May-June) the pups are born on sandy beaches, islets, and in estuaries. They are suckled for 4-6 weeks. Even though the pups are immediately fit for swimming, their mothers carry them around on their backs or between their flippers in the water and stay close to them on dry land. The common seal sheds after the birth of the pups and stays mostly on the shore until this period is over in the beginning of August. This species seems to be polygamous and mates in the water after the shedding period. The development of the embryo is delayed for a while and then continues during the 9 months’ gestation period.