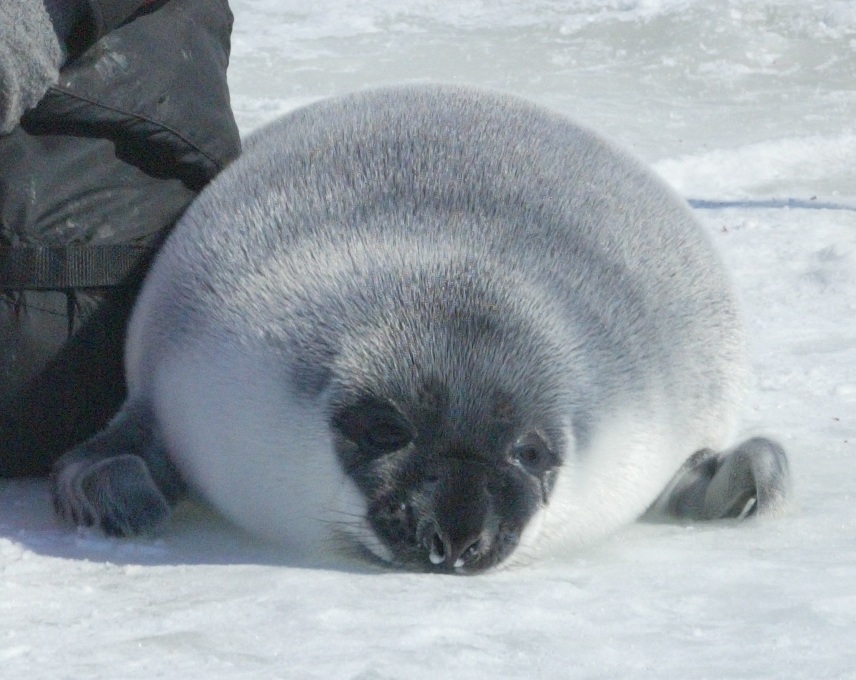 The hooded seal’s primary habitats are around Greenland and Newfoundland. It migrates all the way to Britain, Iceland and Norway. The females give birth on the ice flows from April to May. On the top of its head is a bladder (20 x 30 cm), which inflates when the animal is aroused. It was the second most important hunting animal of the Inuits.

Norwegian seal hunters frequented frequented the hunting grounds near Greenland during the latter part of the 19th century. The males are considered dangerous as its sometimes attacks people and boats. Its maximum length is short of 3 m.