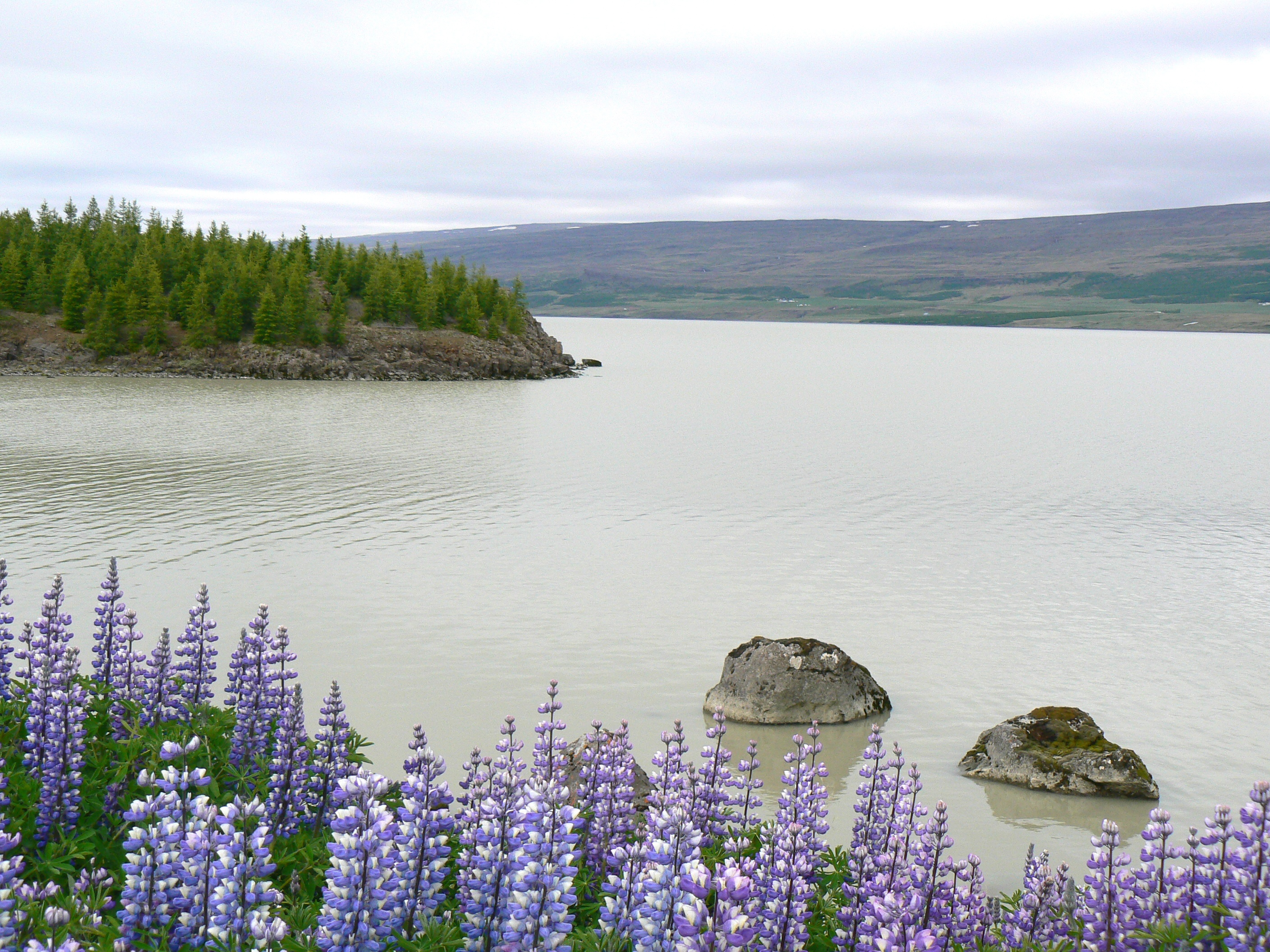 River Lagarfljot is the second largest one in the East, about 85 miles (140 km) long. On its way it fills up a deep, glacier carved valley and forms a 21 miles (35 km) long and 350 feet deep lake called Logurinn with an area of 52 km². Its deepest point lies about 290 feet below sea level and its volume is close to 2200 gig litres.

The lake was netted with good results, but angling was and is not successful, because of the limited visibility in the grey glacial water. According to legends a big monster called Lagarfljotsormurinn has been there as long as people remember. Its latest sighting in January 2012 was recorded by the farmer at Hrafnkelsstadir. The monster’s namesake, a tourist boat, started operations in the summer of 1999 with regular trips on the lake and offers special tours and on board banquets. There is some convection of gasses from the lake bottom, which leave openings in the ice, when the lake is frozen over in winter.

A 993 feet long bridge connects the villages Egilsstadir and Fellabaer at the eastern end of the lake. Further down river are bogs and a hydroelectric power station with a capacity of 7,5 MW. It was inaugurated in 1975 and when its dam was built, the water level of the lake was raised considerably. Down by the estuaries are seal rookeries and every now and then whales are washed ashore.