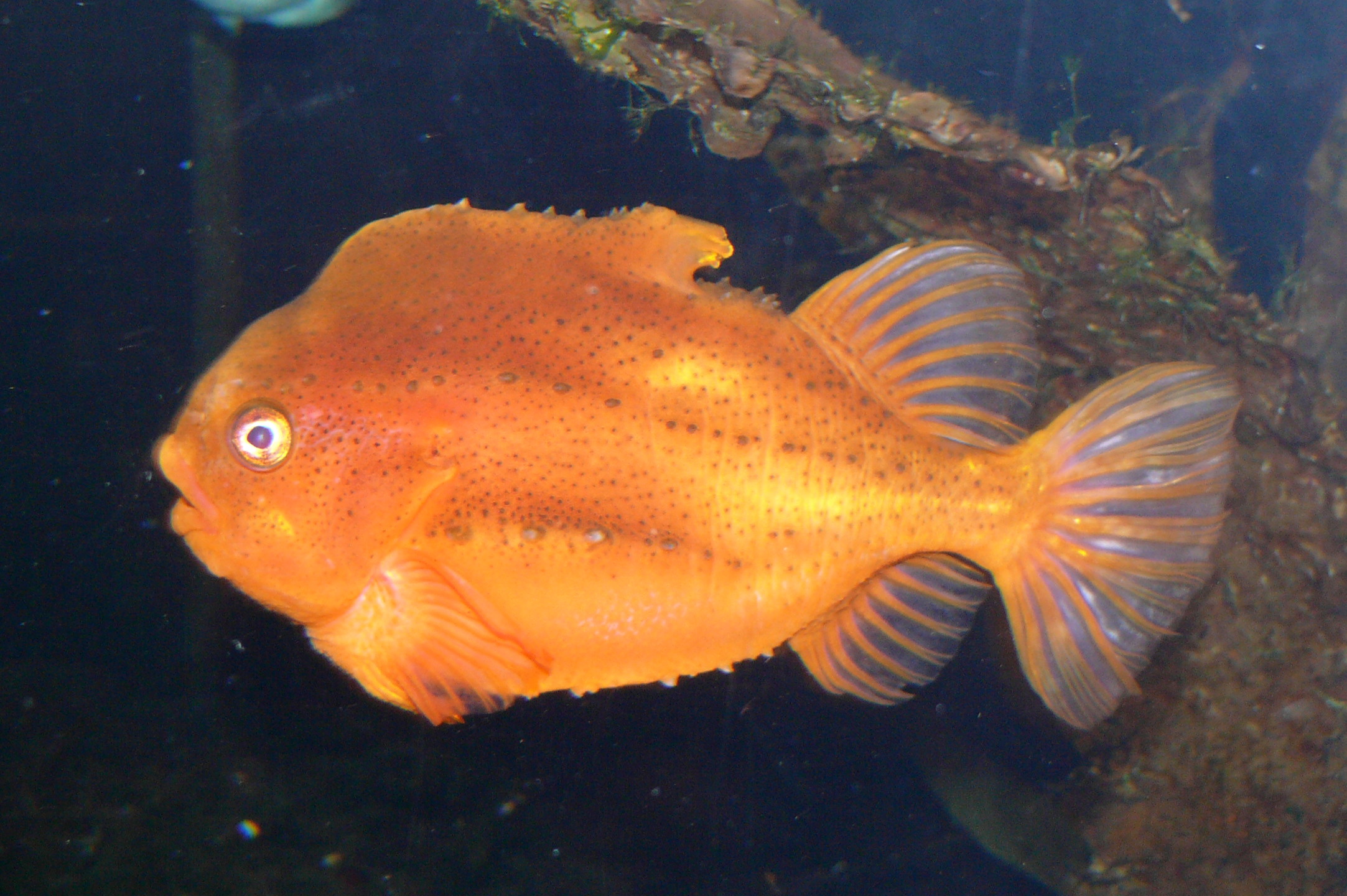 The lumpfish (Lat. Cyclopterus lumpus) has no scales and the ventral fins form a sucking-disc on the front of the abdomen. Both genders have sharp spikes all over their skins and the male’s pectoria fins ara larger than the female’s. The female’s crest is higher than the male’s. The male usually is 30-40 centrimetres long, but can reach 50. The female normal length is 40-50 centimetres, but can reach 60.

This species migrates and spends a part of the year far away from land. It swims up to the shallows to spawn, sometimes late in February, but usually not until about the middle of March. The roes count about 200 thousand and form a big lump, which is watched carefully by the male until they hatch, at which time the fries ar about 6-7 millimetres long.

In Iceland both genders are eaten and the roes are processed and sold as caviar.