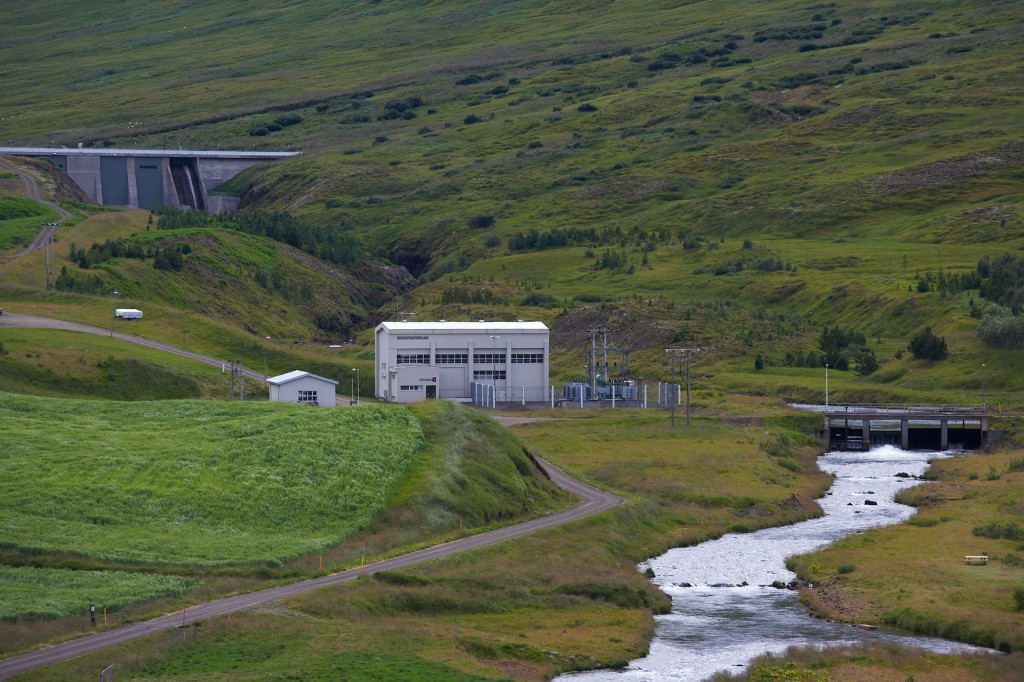 River Fljotaa has its sources in the northern mountains of the Ogres’ Peninsula, especially just south of the Lagheidi Moorland. It runs through the Stifla Area, a unique valley, 2 km long and 1 km wide. Its northern mouth is blocked by high mounds through which the river has broken. The river then spills into Lake Miklavatn and eventually into the cove Fljotavik. River Fljotaa is a run off river and thus unreliable. Its drainage area is about 110 km².

The people of the small fishing town Siglufiord started thinking about harnessing the river rather early in the 20th century, and in 1935 the town council was permitted to build and operate a power station on it and build a high voltage grid.

The construction work started in 1942. A dam was built in the gorge, 300 m above the river’s entrance of the mound area Stifluholar. A 2,350 Hp (1,8 MW) Francis generator was installed, and enough space was left for another one of the same size. During World War II, construction work was disrupted, but the plant was inaugurated on March 29th 1945. The second generator was installed in August 1954 and the combined generation was 3,2 MW.

Further exploitation of River Fljotaa was considered in the early sixties and a 1,7 MW plant was planned on River Stora-Thvera. The construction work started in 1974. A 20 m long dam with a salmon ladder was built of concrete and on both sides earth dams and dykes were constructed. A 1 km long channel was excavated to supply the main reservoir, and a 520 m long concrete pipe, 2 m in diameter, to feed the generators A 85 m long steel pipe, also 2 m in diameter, continues from the tower to the station house. The total drop of this plant is about 30 m. It was inaugurated on October 20th 1976.

RARIK took over the operation of both power plants on April 7th 1991 and immediately started restoration and much needed maintenance. Power station II underwent a thorough reparation in 1995 and one year later it was equipped with remote control instruments.