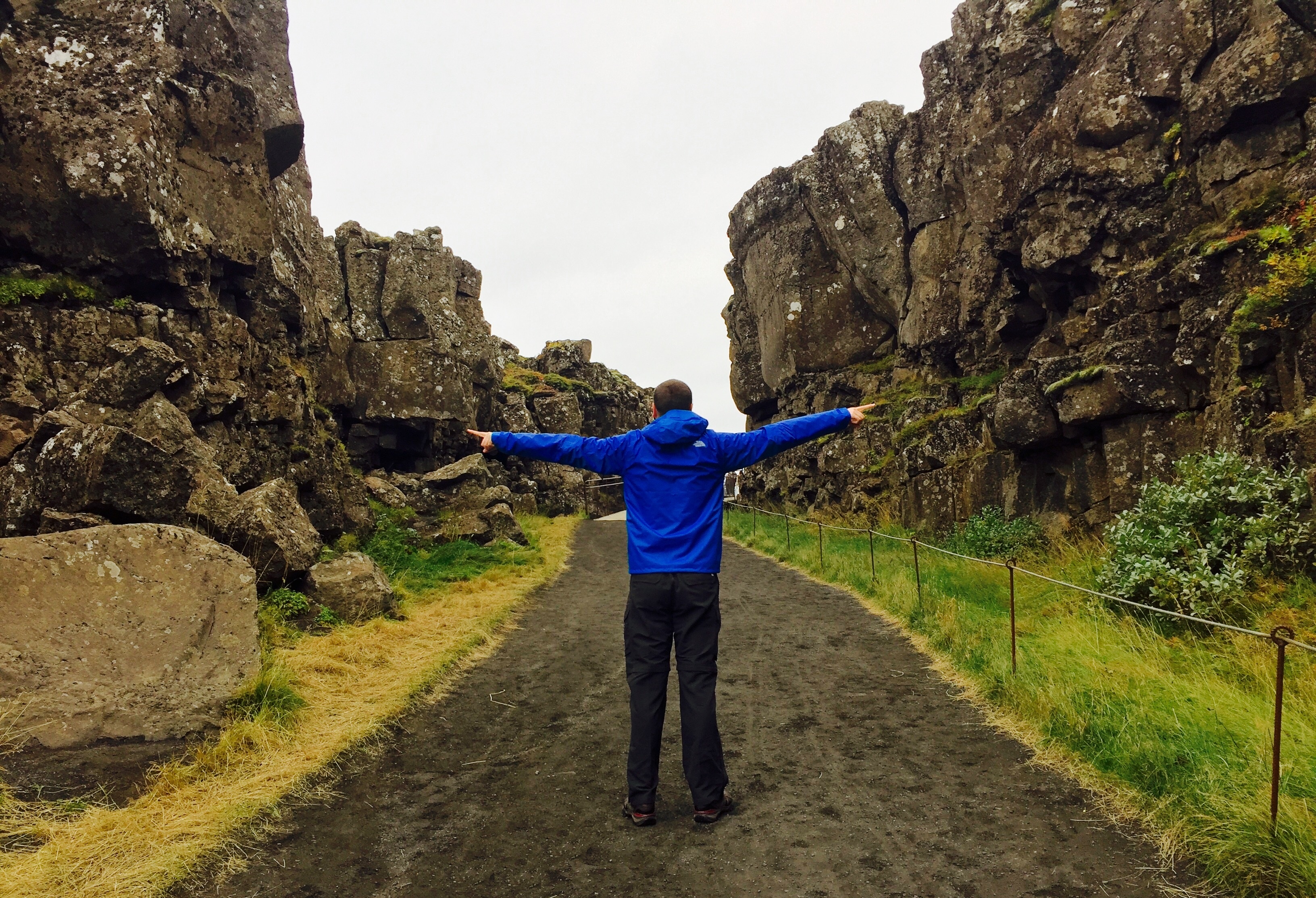 The islands of the Atlantic Ocean created by the volcanism of the Middle Atlantic Ridge are The Azores, Bermuda, Madeira, The Canary Islands, Ascension, St. Helena, Tristan da Cunha, and others. The divergence of the ridge started in the north about 150 million years ago and 90 million years ago in the south. Iceland is the largest island on the ridge because of the additional volcanism caused by the hot spot under the country, which moves slowly towards the northwest across it.

These unique circumstances on the ridge probably are the reason for the country’s existence, because the tectonic movement of the plates and the related volcanism would not have sufficed. The country probably would have looked very differently if the hot spot were the sole reason for its creation, probably something similar to Hawaii. The plate tectonics move the plates apart, towards east and west, and both the American- and Eurasian systems move to the northwest across the hot spot.

The Westman Islands’ volcanic system comprises 70-80 volcanoes and their... more

Blanda Power Station The Blanda Station is located in north Iceland, near the... more

This lava cave, Raufarholsshellir, is within easy reach just east of the main... more

Exploration and Planning started already in 1947 and was continued for two... more

The slag crater Kerid is the northernmost one of the crater row called... more

The Blue Lagoon was created accidentally by the condense discharge from the... more

The total area of this small glacier is about 19 km² It is located just north... more

The events that have taken place in the Krafla caldera and on the Krafla... more

According to the continental drift theory, the Eurasian and North American... more

According to the continental drift theory, the Eurasian and North... more

The processes by which molten rock material, or magma, rises from the interior... more

The Ice Ages are periods in the earth's history when a significant, extended... more

Mt Kerling is the highest mountain near inhabited areas in the northern part of... more

Kverkfjoll is a mountain massif underneath and on the northern edge of the... more

The Colors of Icelandic Geology

Geology in Highlands of Iceland

The Mountain Massif Dyngjufjoll in the southern Odadahraun lava area has an... more

The southern and Snaefellsnes volcanic areas are clear examples of the... more

Research boreholes confirmed dykes in excess of 50% of the structure at the... more

Hverfjall This prototype of a Tuff Ring was created during a 2-3 days’... more

Craters Grabrok, in the extremely beautiful area surrounding Bifrost and the... more

The Reykjanes Zone is a so-called Rift Zone (thoelite) Earthquakes are frequent... more

The islands of the Atlantic Ocean created by the volcanism of the Middle... more

Volcanic activity on the peninsula still exists in this Flank Zone extending... more

The Westman Islands, "The Pearls in The Ocean", is an archipelago of 15 islands... more

This lava field and its two crater rows were created by fissure eruptions One... more

Grimsvotn, under the centre of the Vatnajokull Ice Cap, is a large central... more

The Dyngjuhals is a wide ridge east of Lakes Gaesavotn It is about 20 km wide... more

The central volcano Katla is hidden under the southeastern part of the ice cap... more

The 25 km long crater row called Lakagigar was created during a relatively... more

The glacier Torfajokull peaks at 1,190 m above sea level and its total area is... more

Mt Bardarbunga is the second highest elevation of the country, just below 2000... more

Mt Trolladyngja (4,815 feet) is a vast shield volcano at the northern end of... more

The Odadahraun lava desert This is the vastest lava area of the country The... more

Mt Tungnafell (1,392 m) is a convex and steep mountain in the northern slopes... more

Oraefajokull is the highest mountain of the country, 2,110 m, and stretches to... more

This low mountain is one of the northern outposts of the Heimaey Island It... more

Mt Hekla The most "renowned or infamous" volcano of Iceland, Hekla, is... more