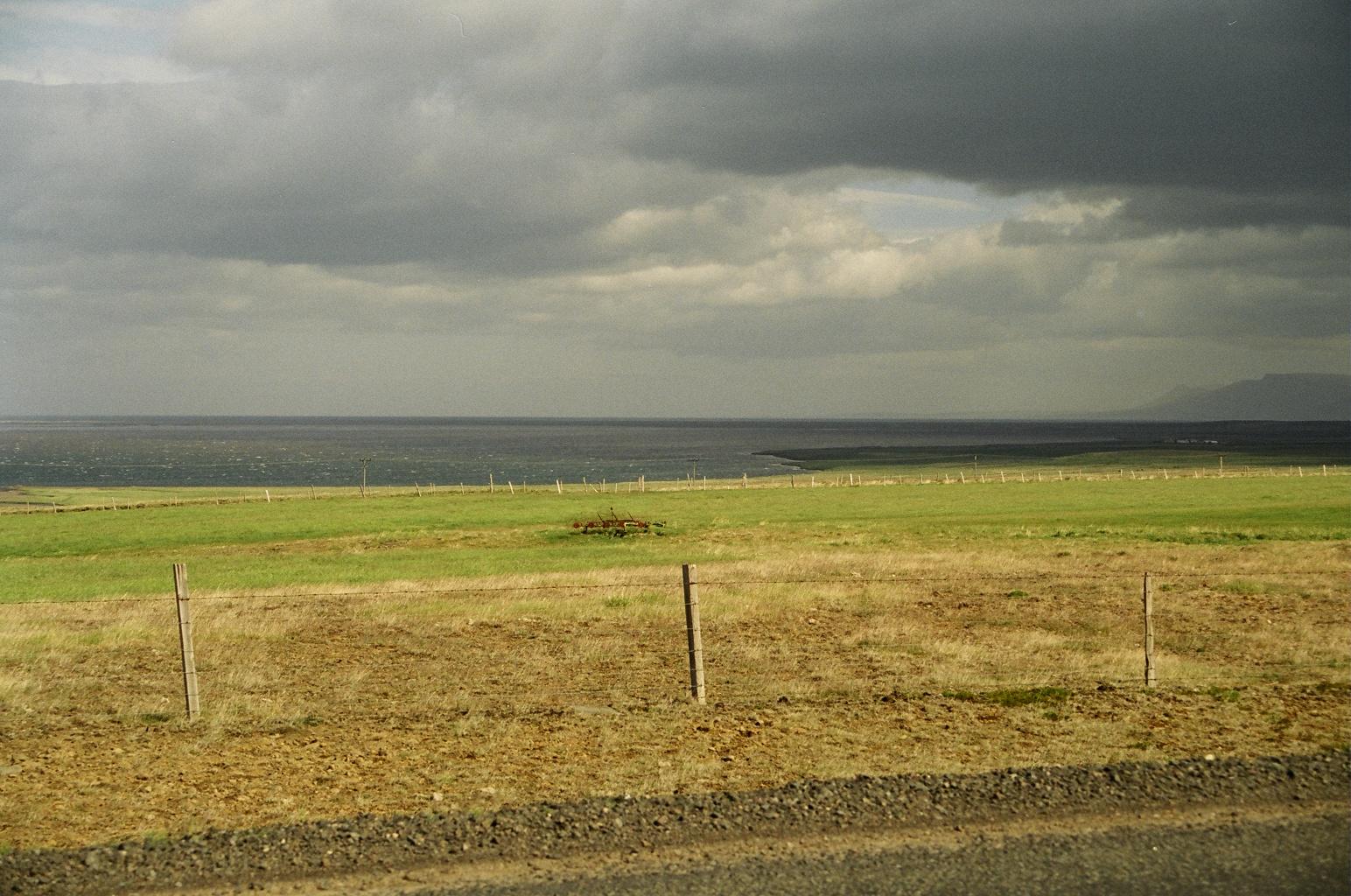 Lake Hop is the country’s fifth largest natural lake, situated by Hunafjordur,N-West Iceland. It has an area of 29 to 44 km², depending on the oceantides and only 1 m above sea level. Maximum depth is 8,5m. Its catchment area consists of some rivers and brooks, such as some of Iceland´s finest Salmonand Trout rivers; Gljufura and Vididalsa. The lake is saline, because of the low elevation and the influence of the tides. The lake abounds in Sea Trout, Brown Trout, Arctic Char, Char and there are good possibilities of catching Salmon. Most of the fishing spots on the lake are accessible by car.

A visit to Lake Hop is a new and exciting choice in family and group outings, and good recreation for tourists traveling or staying in the area. Lake Hop is situated in a beautiful area and the spectacular sands of Thingeyrar devide the lake from the ocean. It is ideal to ford Lake Hop on horseback from the sands of Þingeyrar to shore at Vadhvammur by Myrkubjorg.

Lake Hop is enroute of many of Iceland’s most scenic attractions, such as the caracteristic rock and bird colony Hvítserkur and Borgarvirki, a columnar basalt fortress, used by the local people for defecive purposes during the Saga period. There are many good fishing locations on Lake Hop. Among them are Asbjarnarnes, Skollanes and by Myrkubjorg, howeverthe trail there is not easily accessible. There is a jeep-track fromNesvík to Nesbjorg, beautiful cliff-formations with rich bird-life. From Nesbjorg is a walking-trail to Steinbryggja and Vaðhvammur, which are known fishing-locations. Other popular fishing locations are Steinn as well as Kofakrokur. At Ásbjarnarnes is a fishing-cabin with coffee-facilities.

The following bait is allowed: Worm, fly, spinner and all artificial bait. Please note, that use of roe, herring and mackerel is prohibited. The fishing-season is from April 10th to September 15th. Hotel Hop by the Lake offers fishing-licences, hire of fishing gear and general services for anglers in the area. Furhtermore, it is possible to order fishing-licences here on the web.

Daily opening hours: 12 hours a day, whenever you wish!
Season: From spring to September 30th.
Bait: All bait is allowed: Fly, worm and lure.

The distance from the capital is 235 km by the Whale Bay tunnel and 25 km from Blonduos.