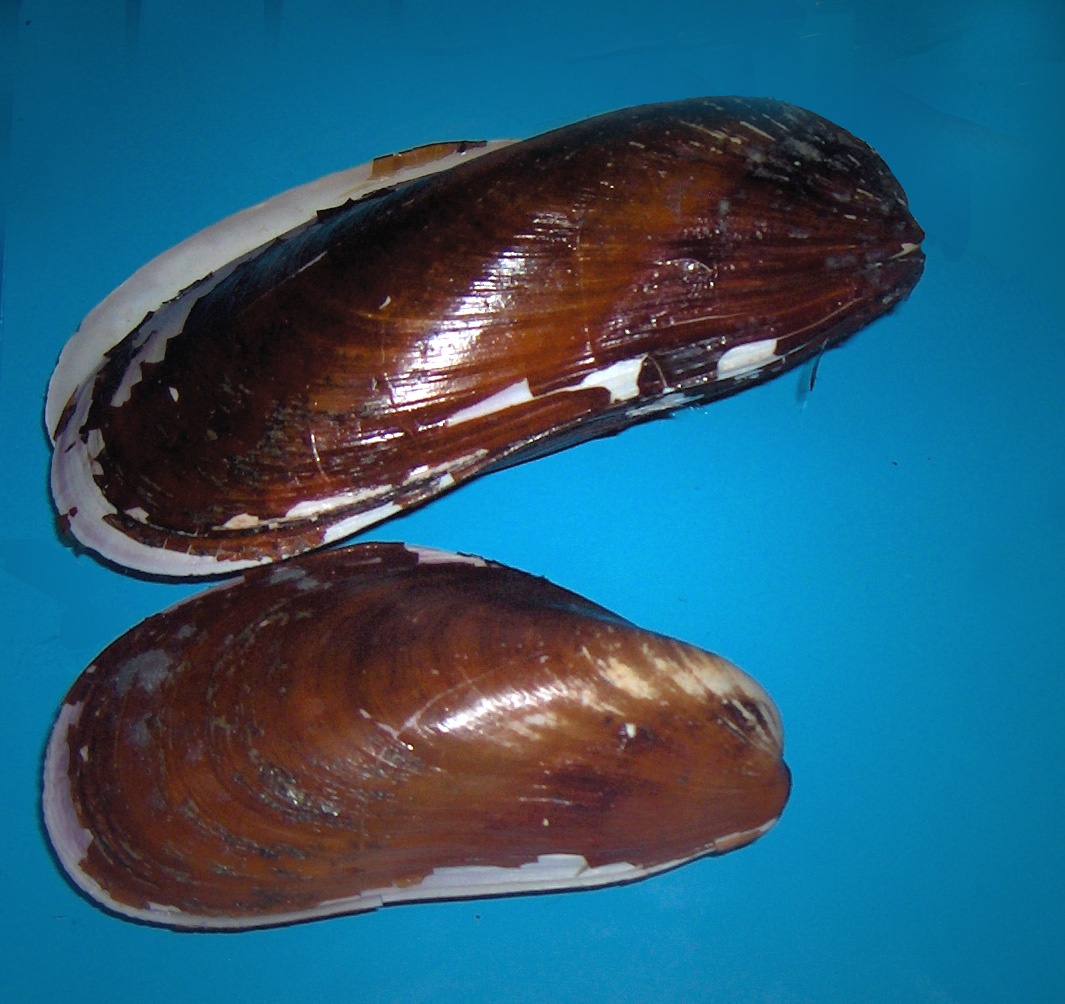 The northern horse mussel (Lat. Modiola modiola) is one of the most common molluscs around Iceland. Its greatest length is about 15 cm. First its colour is light brown, then dark brown or almost black on the outside, but the inside is white. It is pointed, but thicker than the blue mussel. This species is not exploited much commercially, but very tasty. It is most commonly found closest to the sea at low tide in stony coastal areas, below the blue mussel. In earlier times it was much used for bait.