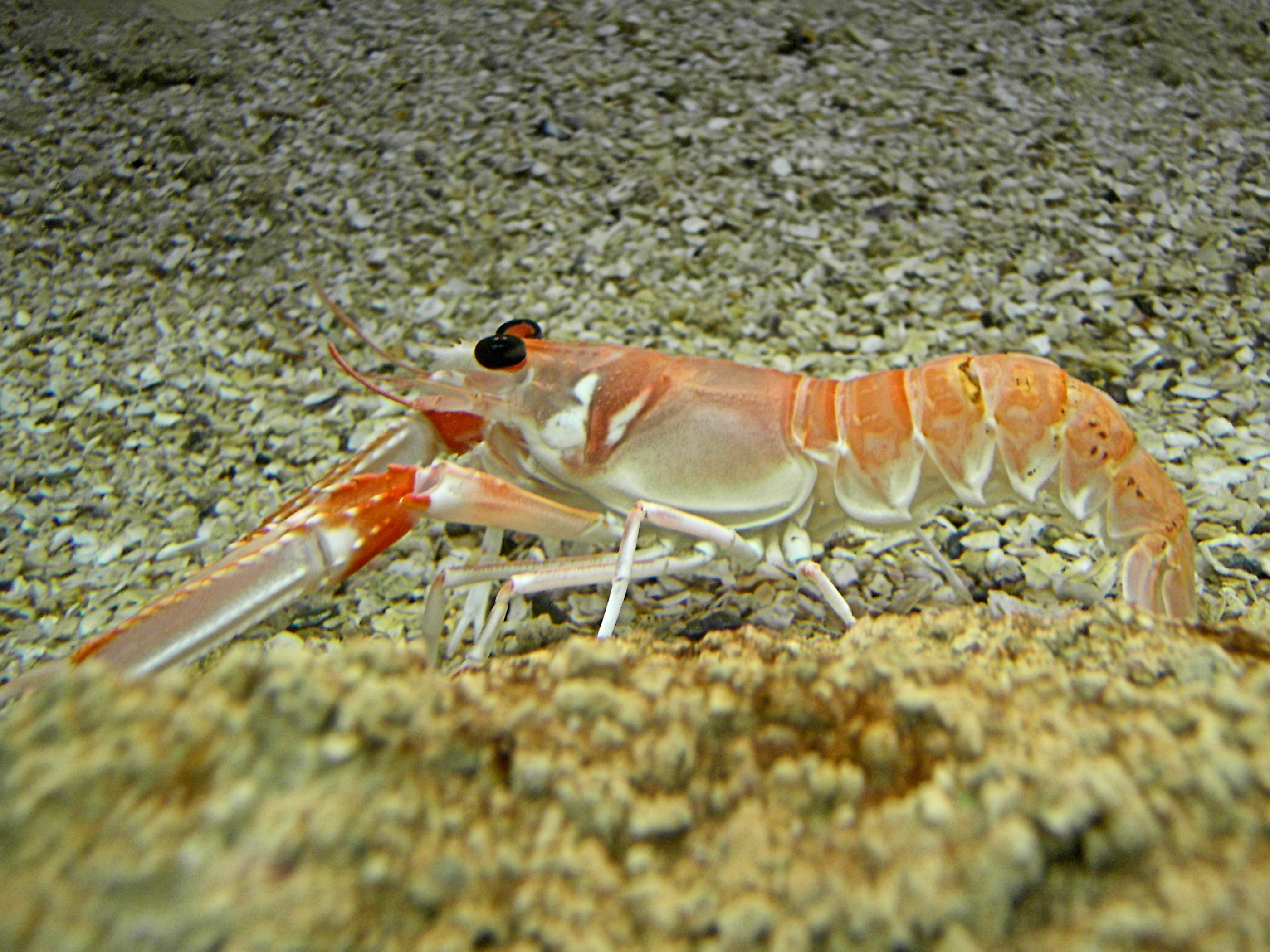 The Norway lobster (Dublin Bay prawn, langoustine, scampi – Lat. Nephrops norvegicus) is slim, orange pink, up to 24 cm long, and inhabits the Northeast Atlantic and the North Sea, from Iceland and Northern Norway south to Portugal. It is rarely found in the Mediterranean, except for the North Adreatic. The tail is muscular and is eaten as scampi. In Spain and Portugal it is less expensive than the European lobster and eaten on special occasions.

It is commercially important and caught mainly in trawl nets. The total annual catch is about 60 thousand tonnes (in Icelandic waters about 2000-2500 tonnes). The vessels used for the lobster fisheries also catch a number of fish spec ies, i.e. plaice and sole. Without this extra catch the lobster fisheris would not be viable.

The Icelandic lobster grounds are solely found along the south coast and into the country’s largest bay Faxafloi in the west at depths of 20-500 m. It is mostly fished at 110-300 m.

It grows in stages, shedding its shell every time and a new one is created. When puberty is reached, the males grow much faster than the females, because they cannot shed the shell while carrying the eggs under the tail between spawning and hatching (which takes about 12 months in Icelandic waters). The most common lenght of the males of the Icelandic coast is 14 cm without the extremities at the age of 8 years, and the females about 11 cm. The largest ones have measured 26 and 18 cm.

The lobster burrows 20-30 cm into the ocean floor, usually with two or three openings, and sometimes many lobsters combine their burrows. The lobster leaves the burrows to feed and is said to spend most of its life span in the same area. It feeds on crustaceans, molluscs and fish, and is mainly the food for cod in Icelandic waters.