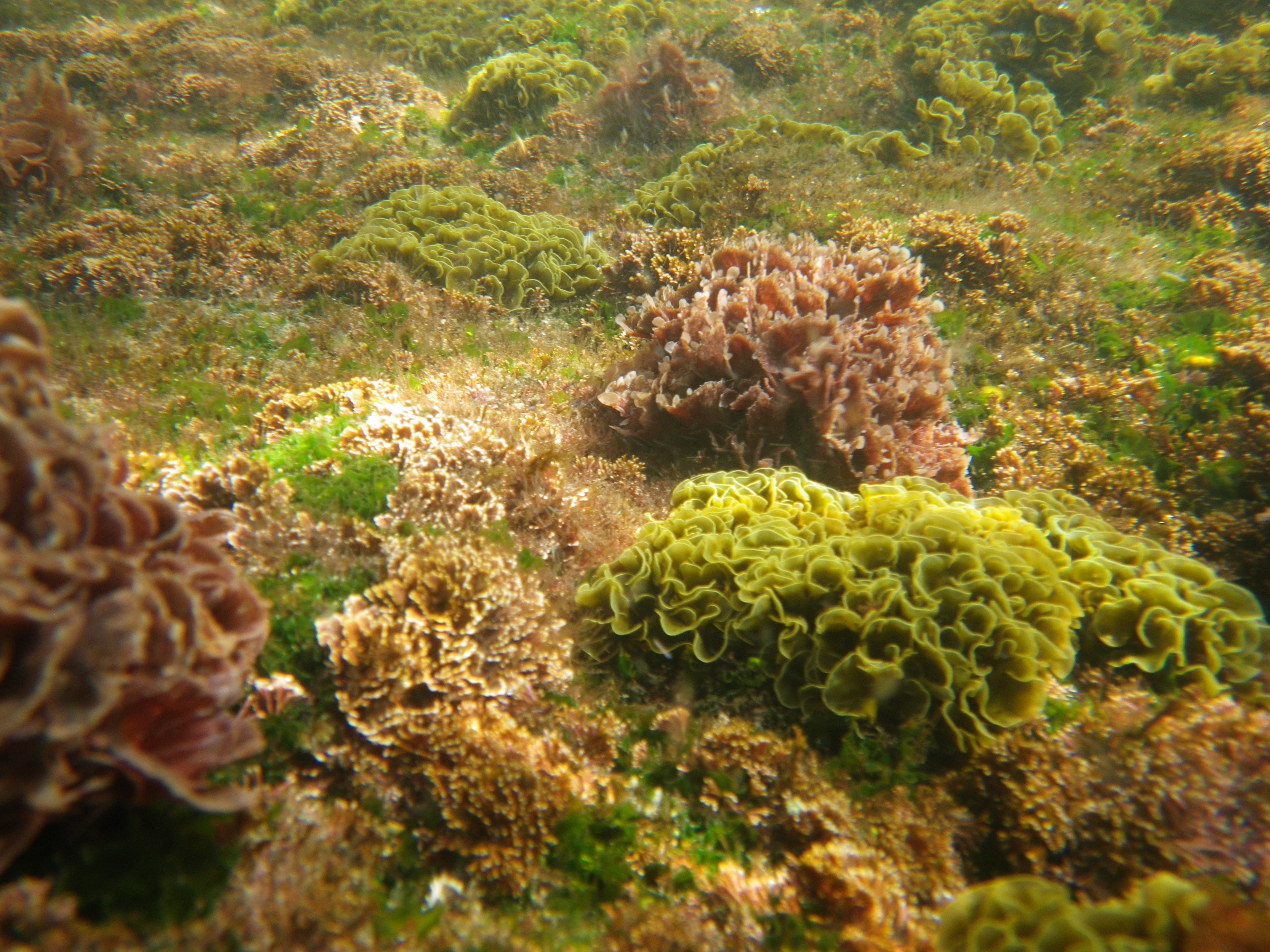 The seaweed grows in belts between the boundaries of the lowest tides and the half tides. It is harvested floating when the tides are not too high. The Seaweed Factory owns a few rafts made of steel floats, equipped with spade wheels, adjustable cutters in front and conveyor belts. The harvesters borrow them for their work. After the conveyor belts have collected the right volume of weed, it is dumped into large sacks and left afloat until a boat collects a whole lode to take back to the factory.

Geothermal heat is used to dry the seaweed and then it is ground to meal. Experience has tought the operators not to harvest the same areas more often than every fourth year to prevent overexploitation. This way it is possible to harvest several thousands of tons in the Islands Inneyjar Area every year. The rafts are equipped with floodlights, which enables the workers to work night and day, depending on the weather. During the dark nights quite a few birds are attracted to the lights, especially the young puffins at the end of August.

Seaweed, any of the larger, multi-cellular forms of algae living in brackish and salt water, especially along marine coastlines. The three main phyla, or divisions, are the brown algae, such as the kelps; the red algae, such as Irish moss; and the green algae, such as the sea lettuces, all of which are commonly seen at low tide along rocky shores of northern seas. Seaweeds differ from higher plants in that they lack true stems, leaves, roots, and vascular systems. Instead, they anchor themselves to solid objects by holdfasts and absorb nutrients directly from the water, manufacturing their food by photosynthesis. The pigments of red and brown algae mask the predominant green photosynthetic pigment chlorophyll, and probably aid in photosynthetic metabolism by absorbing and transferring light energy to the chlorophyll.

Seaweed abounds in shallow waters from the mid-tide line down to depths of 50 m (165 ft). Along damp cold-water shores, they are able to withstand several hours of exposure to the sun, and they cover rocks high into the inter-tidal zone. In the Tropics, seaweeds are confined to the zone between the low-tide line and a depth of about 200 m (660 ft); red algae predominate, especially in lagoons and around coral reefs.

Some brown algae, known as kelp, comprise the largest seaweeds. Pacific species can reach 65 m (213 ft) in length and have structures that superficially resemble leaves and stems, as well as large air-filled bladders and strong holdfasts that anchor them against heavy surf. Other brown algae are the common sea wrack and the sargassum weed, which float in great masses in the Gulf Stream and the Sargasso Sea.

Among the red algae are several species of Irish moss, which is commonly seen along northern Atlantic coasts as a matted carpet in the inter-tidal zone. Red algae are abundant in clear tropical waters, where their red pigment, phycoerythrin, enables them to carry on photosynthesis at deeper levels than is possible for green algae.

Seaweed is a commercially important food, especially in Japan, where it is called nori and is harvested mainly from red algae, extensively cultivated on bamboo screens submerged in estuaries. Agar, also derived from red algae, is consumed as a delicacy in Asia and is used as a laboratory medium for culturing micro-organisms. Red algae are probably of little nutritive value to human beings, however, other than for their limited protein, vitamin, and mineral (especially iodine) content. Brown algae are used as fertilizer and as an ingredient for livestock meal. Alginic acid, found in kelp, has wide industrial uses. It can be made into a silk-like thread or a plastic material, insoluble in water, used to make films, gels, rubber, and linoleum, and as a colloid in cosmetics, car polishes, and paints. Organic derivatives of alginates are used as food gums in making ice cream, puddings, and processed cheeses.