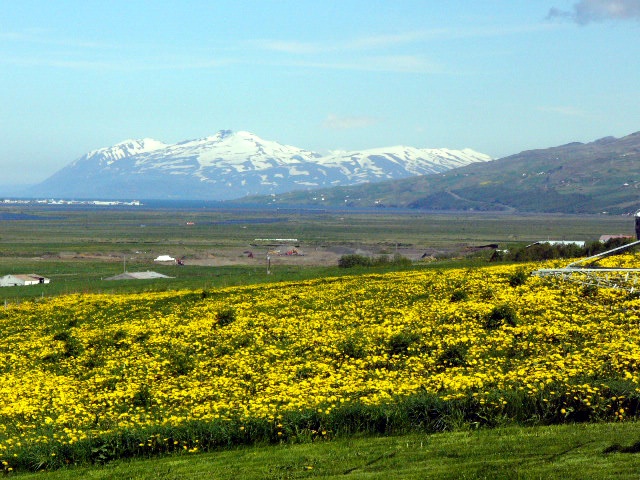 River Heradsvotn runs through the wide Skagafjordur Valley in the North of Iceland.  It is created mainly by the confluence of rivers Jokulsa East and West, which discharge the most of the northern part of the third largest and round glacier, almost in the dead centre of the country.  Those two rivers count among the most exhilarating for white water rafting in Iceland.

River Heradsvotn was, like so many other glacial rivers elsewhere in the country, a great obstacle in the past.  Many lives were lost among travellers attempting to ford the rivers until bridges were built.

Lakes and streams in this part of the country are challenging for anglers, and so is the coastline off the estuaries of river Heradsvotn.